Okay, i didnt know whatever i was doing but somehow my keyboard turned to arabic and i looked blind for a while typing to my friends. So i looked at my keyboard and my settings close enough as i guessed you must have done.

So how do you change it back to the English or that Language of yours, Its pretty simple

I just downloaded Skype on my Blackberry 10. Looking Just cool

“Remember this release is still in preview version,” writes Summers. We will continue working with BlackBerry over the next months to refine the performance of the Skype app. So keep an eye for any new Skype updates on BlackBerry World for your device!”

Skype was one of the key apps many felt were missing for BlackBerry devices, the other notable exceptions being Instagram, Spotify, Pandora, and Netflix.

You will have to Upgrade your Blackberry 10 OS anyways to 10.1.0.273 and wholla Blackberry world to download skype.

Ok so you have your new blackberry Z10, and then you cant find how to do your ultimate voice-notes, heheheh, you are not alone. Its part of the process of learning your new toy.

But its pretty simple because Blackberry just helped you package all your creations in the REMEMBER App..Oh Oo..you didnt know thats what its for? Yes thats the magical guy that stores all your notes be it files, voice anything…..

I use a 9930 and checking through software updates i realized there is a new update for present v7.1.0 bundle 457. So just like you i must be wondering what it contains and if i need to install it.

Well, I have installed it and its under “baby sitting” and my phone looks pretty healthy. For the update bundle….I found this change log:

So are you still thinking on upgrading? Can’t tell you to but im there so you can join “us”

And has t how i didmy Upgrade, via my usual way through my Blackberry Desktop Manager. If yu do  not have one, download from blackberry http://us.blackberry.com/software/desktop/desktop-pc.html today.

BlackBerry users will be able to make free voice calls over a Wi-Fi network using the popular BBM messaging service.

Research In Motion Ltd. announced Wednesday that it’s adding the feature to BBM. Users will be able to switch back and forth from a text chat to a voice call. A split-screen option will let them talk and text at the same time.

The new feature is a free update for existing customers and comes months before RIM introduces its new BlackBerry 10 smartphones, which are seen critical to RIM’s survival.

RIM surprised analysts in September when it announced that the number of BlackBerry subscribers grew, thanks in part to emerging markets and its popular BBM service. It’s struggling in North America as customers migrate to flashier iPhones and Android phone.

RIM stopped short of offering the BBM voice feature over wireless carriers’ own cellular networks. Doing so would have potentially created more congestion on cellular data networks and deprive carriers of revenue for voice calls. With the new feature, the free calls are limited to times and places where Wi-Fi is available.

The Canadian company said the BBM voice feature is especially attractive for developing markets. Unlike regular texts, BBM messages are not charged on a per-text basis.

Although RIM is struggling in North America, the BlackBerry continues to sell well in such markets as South Africa, Nigeria and Indonesia. 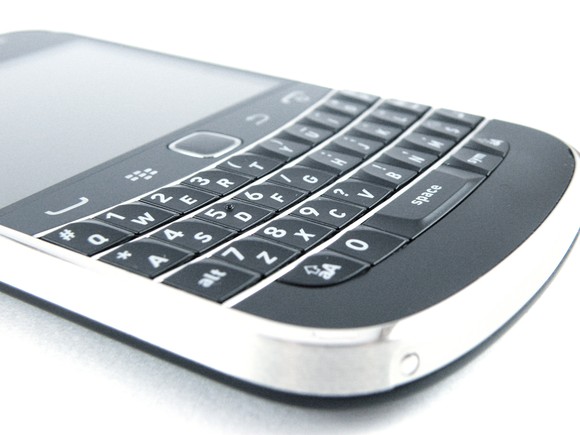 There are a number of reasons why you might want to wipe out your Blackberry. You just bought a new phone and want to sell or give away the old one, you obviously dont want them having access to your data or your Blackberry is a work fone and now you have to submit it back, You obviously will want to have it clean without your data on the fone. Or the best bad luck of all, you forgot your security code and your blackberry went to wipe state after 10 trials….

If you fall into either of the above categories, or another with the same goal of wiping out your BlackBerry, you are in luck. The process is actually extremely easy and accomplished in one of two ways:

Wiping Manually: In order to perform a manual wipe of your entire BlackBerry, you will need to do the following: Options > Security Options > Security Wipe . Select from the options what you want to wipe and confirm by typing blackberry in the confirmation text-box as prompted.

Incorrect password entry: If you enter an incorrect password into your BlackBerry 10 consecutive times, the BlackBerry is programmed to wipe itself out as a security precaution. You will be prompted to type the word “blackberry” (no quotes) in order to confirm the wipe.

Please do remember to perform a complete system backup before you proceed with the wipe. This is very important as you never know when you will need to recover some of that data in the future.

I hope this guide has been helpful to you peeps looking to wipe out your BlackBerry?

I had to re-install my Vista Operating System and while re-installing my softwares, I spent almost one hour trying to install BlackBerry Desktop Manager 6.1 on my PC. An ICT nightmare i must say, later found out that the issue was an invalid certificate, a missing CA, and the instructions on RIM’s site doesnt seem to resolve the issue.

END_OF_DOCUMENT_TOKEN_TO_BE_REPLACED

Research In Motion is a company in transition. It is going from a global powerhouse smartphone maker to a struggling equipment manufacturer with too much company bloat, an aging operating system and declining user base. In a letter to investors today, CEO Thorsten Heins acknowledged that RIM had contacted bankers from J.P. Morgan and RBC Capital Markets to assist RIM in reviewing its financial stability and goals. In essence, Heins said that RIM, or at least parts of it, may be up for sale.
END_OF_DOCUMENT_TOKEN_TO_BE_REPLACED

Yes, I travelled out of my country and bought a new sim in Sweden (Telenor) and woops, no data, no bbm, nothing because i have to have a blackberry contract and i cant have one if i dont have a swedish bla bla bla. Okay so i changed to comviq which at least allowed me to use data via my explorer only. Now other apps are not working, Whatsapp , App world and the rest so i checked comviqs site and blackberry was not also supported (What the F***). then i decided to choose a different phone to see the APN and proxy settings to see what happens if i set it myself.

So this maybe you too, you have a blackberry and you dont have a blackberry plan and you still want to use data at least for your applications? Its actually not rocket science, Kindly follow the steps below.
END_OF_DOCUMENT_TOKEN_TO_BE_REPLACED